We all knew it was gonna happen one day…and I guess, today is that day. Android Robot keeps taking big bites from Apple in the smartphone market share.

According to the news article published on CNN Money, Google’s Android surged to a whopping 68% share of the global smartphone market last quarter. That’s four times more than the 17% market share held by Apple, according to a Wednesday report from research firm IDC. 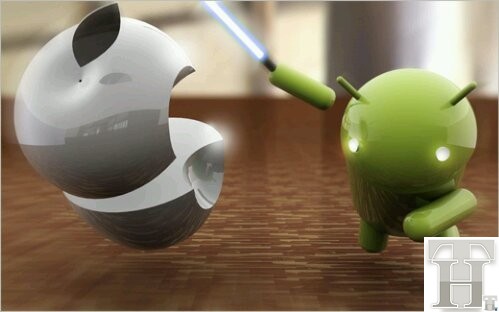 As per the report 105 million Android phones were shipped in the second quarter — more than double the number shipped at the same time last year.

Agreed that there are rumors that Apple iPhone 5 will be released sometime in September this year but overall there seems to be a lack of interest in buying iPhone devices among people. So many of my friends recently bought an Android phone as well. Some opinions I hear from people who own an iPhone now or used to own one are:

Well, only time can tell if Apple will be able to gain the market share back from Android or if there will be new entrants in this ecosystem to hinder Android’s growth. But for now Android is here to stay while giving a solid competition to Apple.

Remember you can always get the best information on Android apps and other related tips at Techacker. So stay tuned and follow us on Twitter, Facebook and Google+.

(Thanks Vijyesh Saxena for tip.)

[via CNN Money]
[Posted through ifttt]