Yahoo! likes products without ‘e’ in its name – Flickr, Tumblr – you got the idea, right!

It’s not a coincidence. Yahoo! seems to be noticing that as well.

The new Flickr homepage has all the words (without an ‘e’). No kidding, check it out yourself. It says, 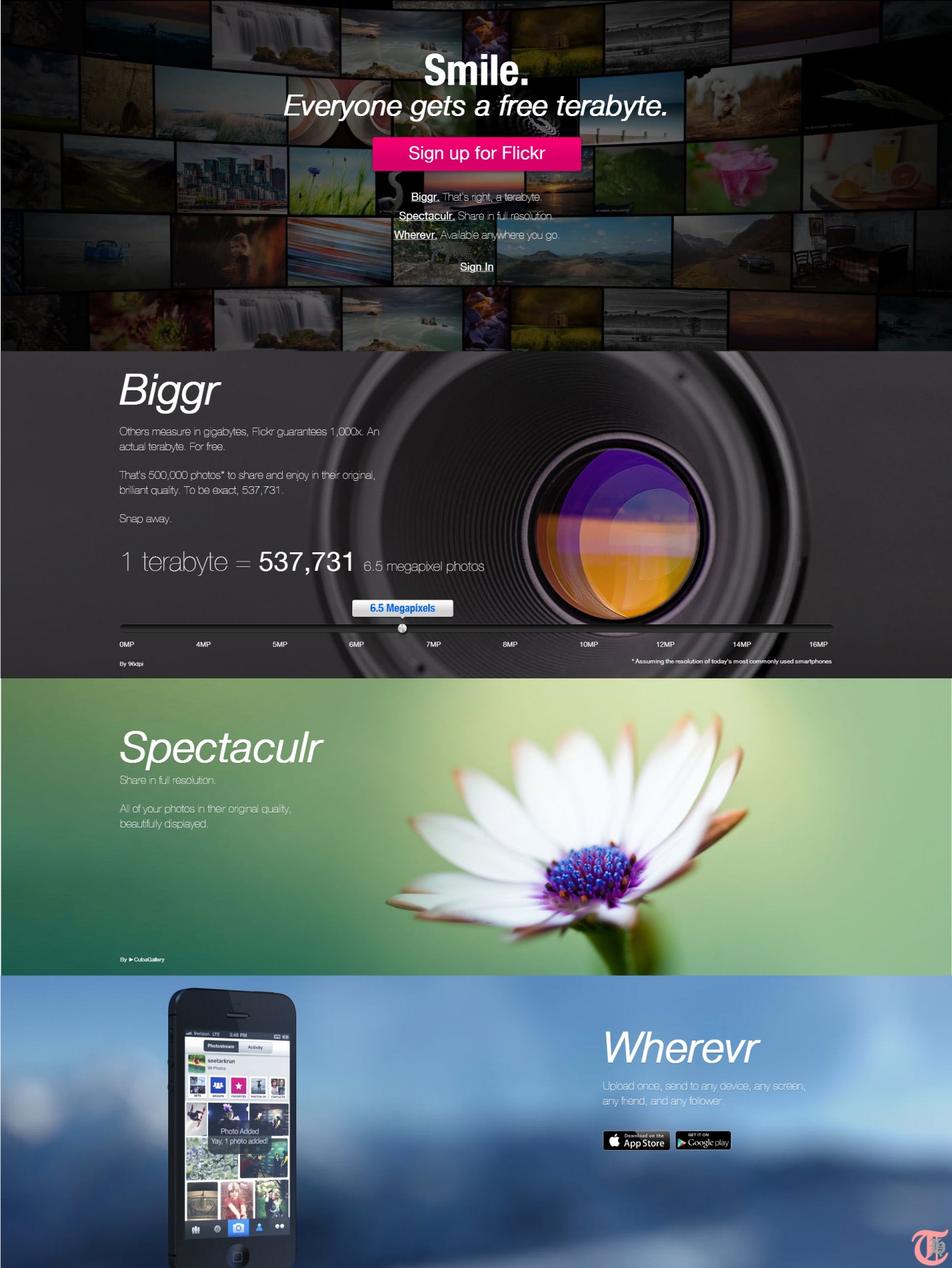 Here is the scoop of recent developments at Yahoo!

Yahoo offers a whopping 1TB (yes, one terabyte) of free space to all, up from 200MB earlier. That’s equivalent to 537,731 photos taken from any smart phone available currently in the market.

That means that now you can store all your memories in full glory to Yahoo’s servers and share with the world as you like.

The New Flickr gets a huge makeover with a new look and feel with header photo and user timeline. Some interfaces are still old but hopefully they will be updated soon. The photos can be organized into sets and collections. Flickr Android app also received an update to reflect these changes.

With this 1TB offering, Google’s 5GB and SkyDrive 7GB space seems like minuscule.  Flickr became relevant again, you could say. Only time can tell, if users will migrate and use the new Flickr as much they use Google+ and Facebook.

Yahoo! Acquired Tumblr for $1.1B

That’s another big news from Yahoo! this week that they have acquired Tumblr (a popular blogging platform) for $1.1B. Though they say, “Tumblr will operate independently and they will not screw it up.” Let’s see.

However Tumblr users are very angry about this deal.

With these two changes it will be worth noting how Yahoo! Integrates the two service to compete against Google+ and Facebook in social media.

Would you move to Flickr because of 1TB space for all your photos? Would you migrate from Tumblr to WordPress just because Yahoo bought it? What are your views about these changes are Yahoo?