Periscope for Android and iOS lets you broadcast live video to the world. Going live with notify your followers who can join, comment and send hearts in real-time. Other features in short are as follows:

Periscope for Android is here with a few Android exclusives. In addition to more granular notification controls, there’s a new “return to broadcast” feature that helps get viewers back to a stream after being interrupted by a phone call, text or other distractions.
The notification setting includes the ability to opt in or out of alerts when a followed user goes live, shares a broadcast or when a user gets a new follower. The alert settings are global instead of on an individual user basis. So if you turn off alert for when followed users go live, you won’t be alerted if any of the folks you follow start broadcasting. 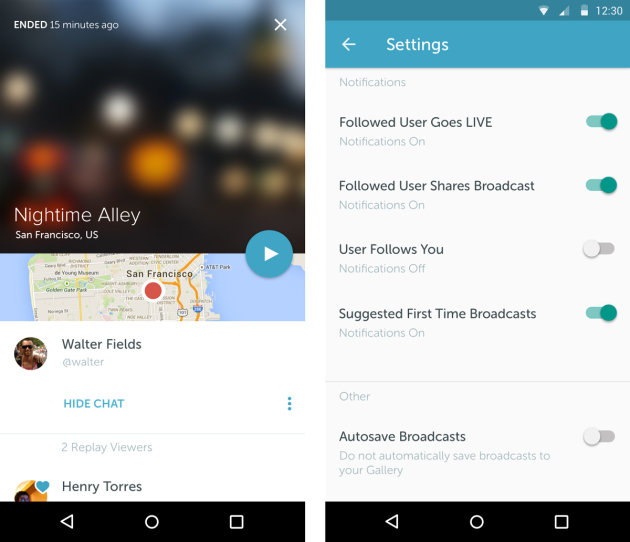 The app supports KitKat 4.4 and later and uses Material Design elements of Lollipop 5.0 including a dedicated broadcast button. In fact, on the Android version of the app you can swipe back and forth between tabs.
Download Periscope from Google Play Store!