After Twitter and Tumblr recent UI changes it seems like developers are starting to give proper treatment to Android. Three apps in my Social category – LinkedIn, WordPress and Pocket received big updates recently.

To get the latest update, head to Google Play Store and check for app updates.  If you didn’t install it earlier, try them out by searching for them in Google Play as well.

Read and share the news from the influential people you follow on LinkedIn. Add shortcuts to the features you love and much more…at least more than I can explain in words.

Check out some of the app screenshots in the gallery. 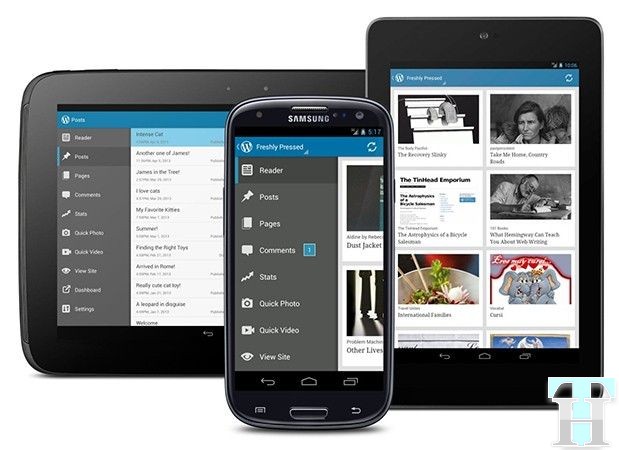 WordPress app received a major overhaul too in today’s update. The app sheds the old school dashboard in favor of a new app drawer.

WordPress new Holo design interface brings an action bar for creating post and sharing with other apps. The new app looks very polished and feels like an actual Android app instead of a HTML5 wrapper.

Not sure if posting to a blog became easy with this app update or not, but it does look nicer.

Check out some of the app screenshots in the gallery.

On its first anniversary, Pocket received major update as well and includes a new feature – “Send to Friend”.

“Send to Friend” feature allows you to share content directly with friends with added comment and highlights. It also sends a push notification to people already using the Pocket app.

Some app screenshots of Pockets are also included in the gallery.

What do you think about these latest apps? How often do you use them? Let’s hear it in comments below.