Weekend poll : Would you switch to iPhone if you currently use an Android phone?

So this week, we saw a lot of debate on the web regarding the superiority between Apple and Samsung? There are certain claims that iPhone 5 is better than Samsung Galaxy S3 in friends of screen durability and another one claiming Samsung Galaxy S3 is far superior in terms of battery life.

To a certain extent it is a matter of personal choice and preference which phone do you want to use. But our decisions are generally influenced by what we read and hear from people.

Therefore today in this article, I would love to get a feel which phone would you consider as your next device.

Will it be an iPhone or you would rather stick with android? Or you just leave both of them and try Windows phone 8X and 8S?

Even if you are an iPhone user right now, are you planning on making a switch? 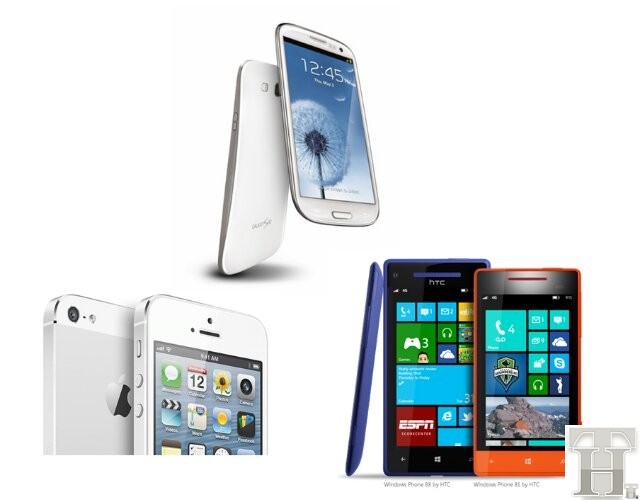 Let’s hear it what you have to say about your decision and why you chose what you chose. Comments are open for all and I am not trying to hear a biased decision. Let’s be honest.

Below is the poll if you just wanna vote for your favorite platform without leaving a comment.