To be frank with you I have not been a huge fan of Windows Phones so far.  I am proud to say that I love Android and I am a huge Android fan.  Nothing comes close to Android in term of features, flexibility and budget.

Windows phones so far have been underwhelming.  I haven’t found many people actually using and talking about them either.  As a matter of fact, Microsoft Active Sync is (or was) not supported for Windows Phones, at least where I work.   Though it is arguable that Microsoft used to own this smartphone market (Pocket PC’s – does it ring a bell?).  So they have the ability to create something amazing if they want to.  (Probably being a little optimistic here.)  But as we all know, Microsoft lost that market to Apple and then Androids almost took over everything in between.

But again they looks very similar to HTC One X which is an android phone.  And just by looking at it in the video it looks as thin as Samsung Galaxy S3.

However I don’t want to just jump to conclusion and recommend you one way or other.  I can only say it firmly when I actually test the phone myself and get a feel of it.  Also, many times we just want to try something different.  So if you are getting bored with your current phone and want to try something different other than iPhone and Android, Windows Phone 8X and 8S are definitely worth exploring. 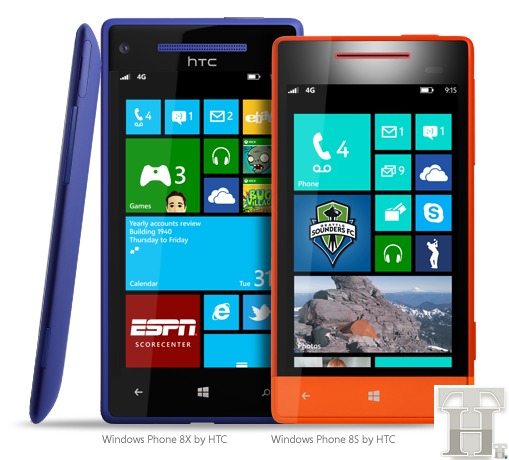 Overall, Microsoft needs a lot of catch up to do before it can take the crown from Android or iPhone.  It can definitely take a bite out of blackberry’s.