Don’t mind me saying that the stock calculator for Android OS sucks!!!  Except some basic arithmetic calculations it is not capable of doing anything else.  However RealCalc – A Realistic looking scientific calculator app in Google Play does everything you would ever want to do in a calculator.  It almost feels like a real scientific calculator as well that you are used to from your school days. 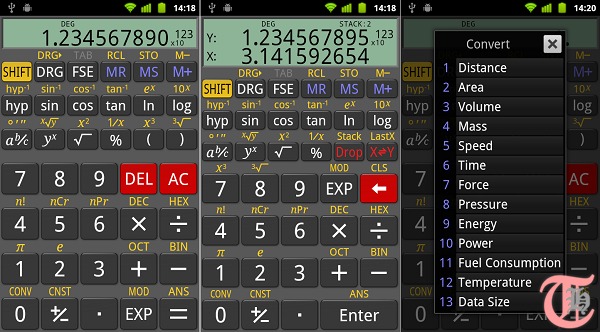 RealCalc Scientific Calculator is available in Google Play for FREE (supported by advertisements) or you can pay $0.99 to remove ads. The RealCalc calculator is a fully featured scientific calculator with the following features:

For students, this app is a MUST HAVE as you won’t have to carry two devices, your Android phone with this app is good enough in the class.

Let me know your views in comments about this app.  Is there any other app that is even better than this.  Feel free to share your views here and suggest other cool apps you use on your phone.