Slacker Radio reinvents itself as Spotify and Pandora alternative

Slacker Radio, one of Spotify and Pandora alternatives is reinventing itself by redesigning it from ground up.  Slacker has replaced the old-fashioned menus with Windows 8 like titled interface.  Big fonts, big icons and overall a very clean interface gives an entirely new experience.

Besides the revamped web experience, Slacker also replaced its dated app with a beautiful cleaner interface. 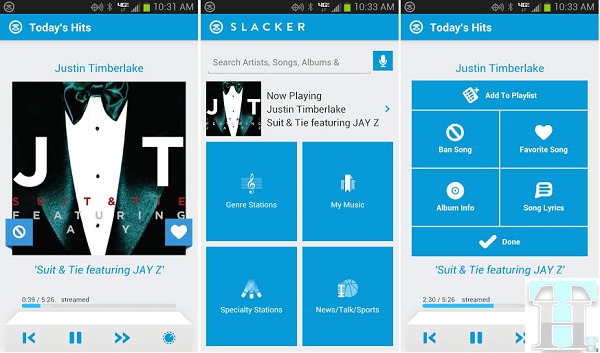 The new Slacker is available on Android, iOS and Windows Phone.  The pricing still remains the same. The free version is supported by ads, limits 6 song skips.  Free version also lacks offline station caching.  Minimum paid subscription costs $3.99 per month which removes ads and the limit on song skips.  With $3.99 per month, it allows downloading stations to mobile devices similar to Google Music caching feature.  The premium $9.99 per month subscription adds features such as playlist creation and the facility to play any specific song.

Get a tour of the New Slacker Radio here on Youtube:

I must add, Slacker has always been one of the go to music services for me.  The new Slacker adds some nice touches to my music experience and replaces those old school interfaces.

Try the new Slacker radio yourself.  What is your opinion about the new interface?  Would you use Slacker radio as Pandora and Spotify alternative?

Get the new Slacker Android app from Google Play!